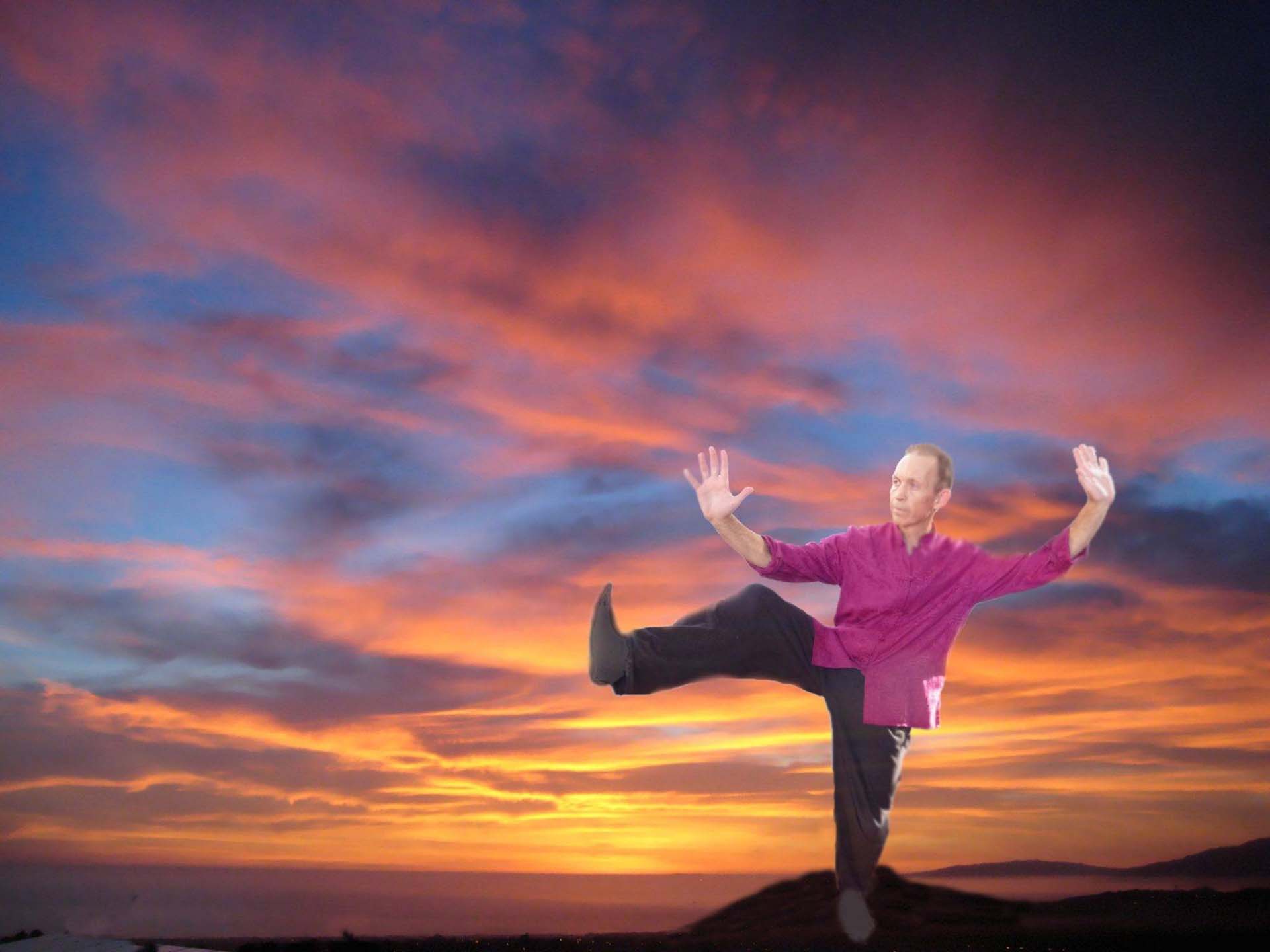 Tai Chi -Self Defense-Prague with Seymour Koblin. Learn the beautiful health promoting movements of Tai Chi Chuan. You will also learn the self-defense applications of the form that will help students to both perform the ancient movements very precisely and to circulate the power of chi through the body in a way that coordinates Yin/Yang. Maximum health benefits are derived when students exert the chi in a body aligned way utilizing breath and mind power that would actually disperse the force of an opponent and use it against them if necessary.

CLICK TO SEE VIDEO OF THE “TAICHI KUNG” FORM.

Tai chi (taiji), short for t’ai chi ch’üan (taijiquan; 太极拳), is an internal Chinese martial art practiced for both its defense training and its health benefits. The term taiji refers to a philosophy of the forces of yin and yang, related to the moves. Though originally conceived as a martial art, it is also typically practiced for a variety of other personal reasons: competitive wrestling in the format of pushing hands (tui shou), demonstration competitions, and achieving greater longevity. As a result, a multitude of training forms exist, both traditional and modern, which correspond to those aims with differing emphasis. Some training forms of tàijíquán are especially known for being practiced with relatively slow movements.

Today, tai chi has spread worldwide. Most modern styles of tai chi trace their development to at least one of the five traditional schools: Chen, Yang, Wu (Hao), Wu, and Sun. All of the former, in turn, trace their historical origins to Chen Village.

The concept of the taiji (“supreme ultimate”), in contrast with wuji (“without ultimate”), appears in both Taoistand Confucian Chinese philosophy, where it represents the fusion or mother[1] of yin and yang into a single ultimate, represented by the taijitu symbol

. Tàijíquán theory and practice evolved in agreement with many Chinese philosophical principles, including those of Taoism and Confucianism.

Tàijíquán training involves five elements, taolu (solo hand and weapons routines/forms), neigong and qigong(breathing, movement and awareness exercises and meditation), tuishou (response drills) and sanshou (self defence techniques). While tàijíquán is typified by some for its slow movements, many styles (including the three most popular: Yang, Wu and Chen) have secondary forms with faster pace. Some traditional schools teach partner exercises known as tuishou (“pushing hands”), and martial applications of the postures of different forms (taolu).

In China, tàijíquán is categorized under the Wudang grouping of Chinese martial arts[2]—that is, the arts applied with internal power.[3] Although the term Wudang suggests these arts originated in the Wudang Mountains, it is simply used to distinguish the skills, theories and applications of neijia (internal arts) from those of the Shaolin grouping, or waijia (hard or external) styles.[4]

Since the earliest widespread promotion of the health benefits of tàijíquán by Yang Shaohou, Yang Chengfu, Wu Chien-ch‘üan and Sun Lutang in the early 20th century,[5] it has developed a worldwide following of people, often with little or no interest in martial training, for its benefit to personal health.[6] Medical studies of t‘ ai-chi support its effectiveness as an alternative exercise and a form of martial arts therapy.

It is purported that focusing the mind solely on the movements of the form helps to bring about a state of mental calm and clarity. Besides general health benefits and stress management attributed to tàijíquán training, aspects of traditional Chinese medicine are taught to advanced students in some traditional schools.[7]

Some other forms of martial arts require students to wear a uniform during practice. In general, tàijíquán schools do not require a uniform, but both traditional and modern teachers often advocate loose, comfortable clothing and flat-soled shoes.[8][9]

The physical techniques of tàijíquán are described in the “T‘ai-chi classics“, a set of writings by traditional masters, as being characterized by the use of leverage through the joints based on coordination and relaxation, rather than muscular tension, in order to neutralize, yield or initiate attacks. The slow, repetitive work involved in the process of learning how that leverage is generated gently and measurably increases, opens the internal circulation (breath, body heat, blood, lymph, peristalsis).