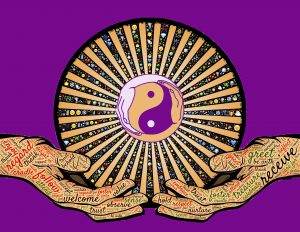 What would be enhanced in the relationship with your animal companions if you could talk to and understand each other?

Do you think your animal companions would feel supported if they knew you could help them maintain balance and wellbeing? 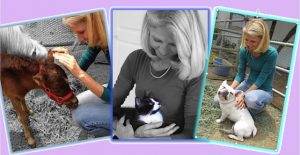 Come join Beth Riedler, animal communicator and energy worker, for Fabulous Fridays as she leads the group in discovering the answers to these questions and more! We’ll be playing with interactive exercises to get more tuned in, talk with the animals and practice basic energetic techniques to assist them daily.

You are invited to bring a printed photo of your animal companions (individual pictures are best). No animal companions? No problem! You can bring a photo of someone else’s pet or there will be some photos available for use that evening.

Kids 12 and up (accompanied by a responsible adult) are welcome to join us! 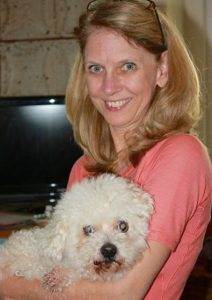 Growing up, I cared for the family’s small pets. We had mice, parakeets, turtles, fish, gerbils, hamsters and chinchillas. Much of my time was spent playing and talking with the animals.  Because we were only allowed to have small pets that could be kept in cages or bowls, I had limited exposure to larger animals such as cats and dogs.  The dogs in the neighborhood were loud and aggressive, and I was extremely afraid of them (also described as petrified or deathly afraid).  This extreme fear continued well into adulthood.

During a trip to Austin, TX where I was attending a weekend seminar, a dog confronted me.  Standing between me and the steps leading to where I needed to go, I stood frozen, not knowing what to do.  Suddenly, I heard a voice from within say, “Get down nose to nose with him.”  This did NOT seem like a good idea, but I followed the inner instruction and put my nose next to the nose of the dog.  The dog gave me a big, wet kiss on the face. I laughed joyfully and was instantly cured of my fear of dogs. It was truly a miracle!

Generally fascinated with the idea of talking with animals, my formal training to learn the art of animal communication began in 2010. Also became a Reiki Practitioner, Angel Intuitive and learned a variety of energetic healing techniques. Ultimately I chose to combine these skills to assist our animal friends.

My experience with hundreds of animals (dogs, cats, horses, turtles, guinea pigs, rabbits and more) has helped them improve behavioral issues, heal injuries, and regain balance and wellbeing. What I’ve found is as I communicate and work energetically with an animal, it opens the door to a deeper relationship between them and their human companion. Therefore, I am also committed to helping humans learn what they can do to deepen the relationship with their animals.

A footnote about the dog that cured me of my fear; his name was Pax which means peace (not the dog pictured above – that’s Trixie). I give Pax the credit for inspiring in me the work I do with animals today. His love healed my fears and now I utilize my love, compassion and talents to help animals live more happily. For this I am very grateful!

Beth has an amazing gift to communicate with animals and help them heal. My 15 year-old cat was starting to slow down and was not herself.   She had lesions on her back and was only interested in sleeping. After her treatment with Beth, her back is healed, and she is looking and acting like a very young cat again.  She is out hunting and enjoying life and is the best I have seen her is years. Beth also had a session with my 5 year-old dog, who broke his leg 2 years earlier.  We were unsure how it happened and he told Beth how he did it. My dog is also much more communicative with me since the session, talking and interacting more than ever. He is like a puppy again. I can’t recommend Beth enough. Thank you so much! ~ RJS, Trail, BC Canada

Beth has supported our canine family in so many different ways; from understanding anxiety and behavior of a new puppy at home, to preparing them to stay at a family kennel out of town while on vacation, and even saying good-bye to our longest canine family, Trixie, during her life transition. Beth’s understanding of communicating with animals has brought such comfort in helping us know how to be in service to them. It is a gift we could never repay. ~ KK-D, San Diego, CA

Your readings with my two dogs in spirit helped me so much. There were some things you relayed that I realize were just as Toaster and Pink would be, including how to recognize them now (since they said they’d be coming back). You mentioned Pink said to keep one of her yellow belongings. I remembered a yellow blanket of Pink’s that I was sleeping with for awhile. I think that is what she meant. Toaster indicated I’d know her by the way she tilts her head. Attached is a photo of that familiar pose of which I made a greeting card called “The Look of Love” in my Paws For Comfort greeting card line. I thought it would be nice for you to see the photo and know how accurate you were. Thank you. ~ Nancy Gordon, LCSW

Сome and join Beth Riedler for an Animal communication workshop on November 3 from 7 PM to 10 PM.