I developed the shorten Tai Chi Chuan form the people who want experience the slow flow movement without studying through the 3 months to year learning the traditional  Tai Chi Chuan movements. 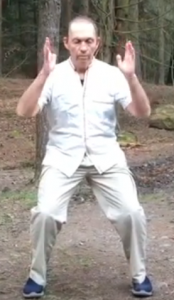 Shift weight and twist to yield: 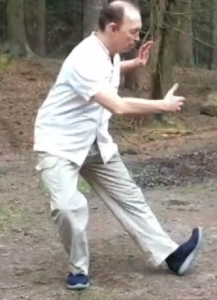 Feels one movements of the form back I call this form Tai Chi chuan form. 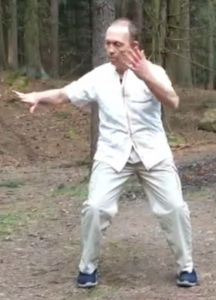 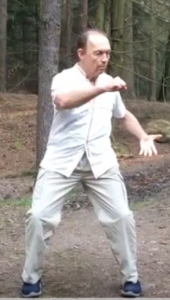 Golden Rooster stands on one leg: 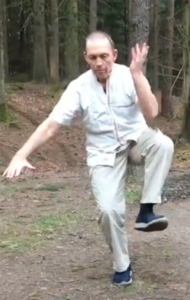 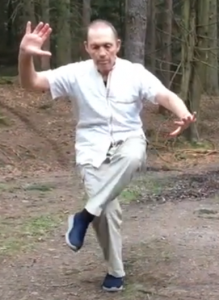 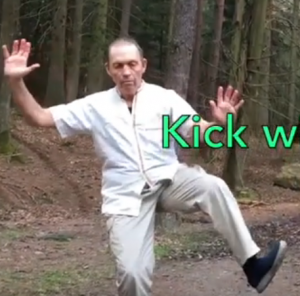 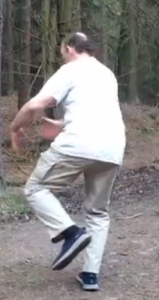 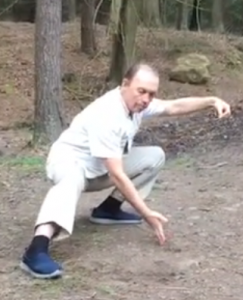 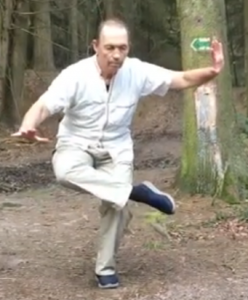 In the white cane posture, bends to open up the hip socket that mobilizing the kidney, liver and gall bladder meridians. This movement relieves lower back and hip socket pains and mobility issues while tonifying the underlying internal organs in this area.